I tend to be fairly wary of brands I’ve never heard of before, particularly when it comes to buying something that is meant to keep my camera from falling over, but the guys over at K&F Concept offered to let me test out one of their tripods so I figured I might as well throw caution to the wind and give it a go. Is the K&F Aluminum Tripod the perfect value tripod for you? Only one way to find out.

Just to get something out of the way, I have a bit of a love/hate relationship with tripods. I would love to have one that I love, but I hate the hassle of using one.

My current tripod (which I love but hate to use) is amazing. It’s a Gitzo video tripod from the ’70s or ’80s that my father-in-law gave me. It’s an absolute tank, it weighs almost 20 pounds, can be extended unbelievably high, has fantastic air-cushioned legs with twist locks, and did I mention it weighs almost 20 pounds? When I use this tripod, the camera doesn’t move. Period. But it’s a huge pain to transport and attaching a DSLR to the head with the little locking screw (which I’ve lost and had to replace twice now) is even more of a pain. It’s a perfect studio tripod, but not something I want to take on the go. I have a smaller Manfrotto that I bought for about $150 and it’s fine, but it’s not incredibly stable and feels irritatingly cheap.

I’ve gone to the camera store and looked at tripods plenty of times, but I’ve never really found one that I loved that was some carbon fiber rig that cost an ungodly amount. Tripods are an irritation that I wish we didn’t need, but their value and purpose just can’t be denied. Since the K&F costs pretty much the exact same as my Manfrotto, I assumed (unfairly) that the quality would be lower and that I would like it less, but I found myself pleasantly surprised.

Here are the specs on the K&F 72″ Aluminum Tripod:

•Hexagon-shaped central column moves from 0 to 180 degrees.
•This 2-in-1 tripod could be converted into a full size monopod by screwing together the removable center column and tripod leg.
•This complete tripods comes with two sections center column.
•Made of magnesium aluminum alloy, foldable and portable.
•Plastic pull-out type button which is abrasion resistant.
•Lowest angle shooting, macro shooting, and special photography can be achieved through inverted central axis.
•Die-casting metal ball head can be rotated 360 degrees, and enlarge the view area through panoramic shoot.
•Automatic stability suspension system. When hang weight, the hook reaches out automatically, and retract when take weight down. 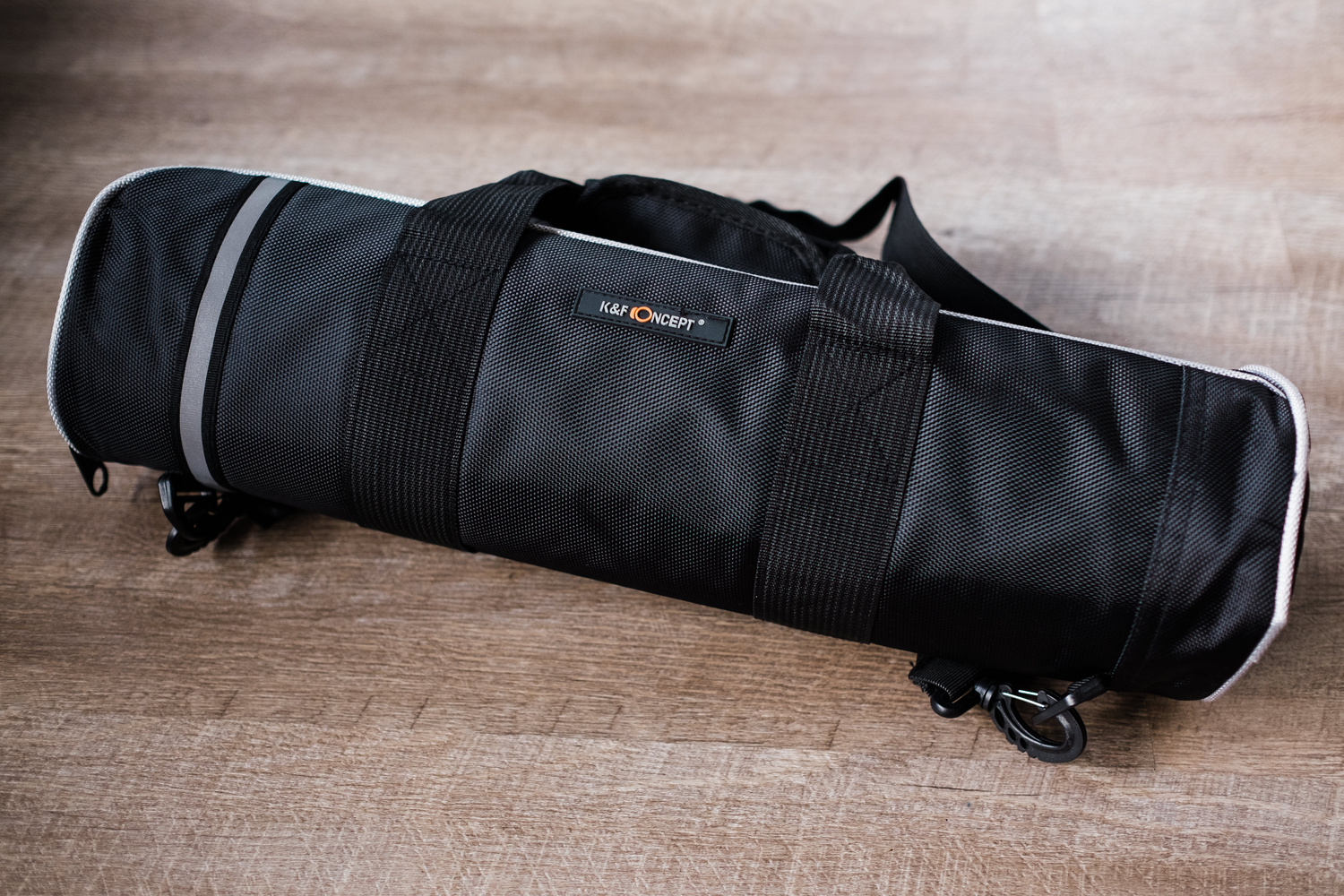 The tripod came in this nice, sturdy, zip-up case that has both handles and a shoulder strap. Inside, the tripod fits quite snuggly and the legs fold back up around the column to help ensure it is as compact as possible. 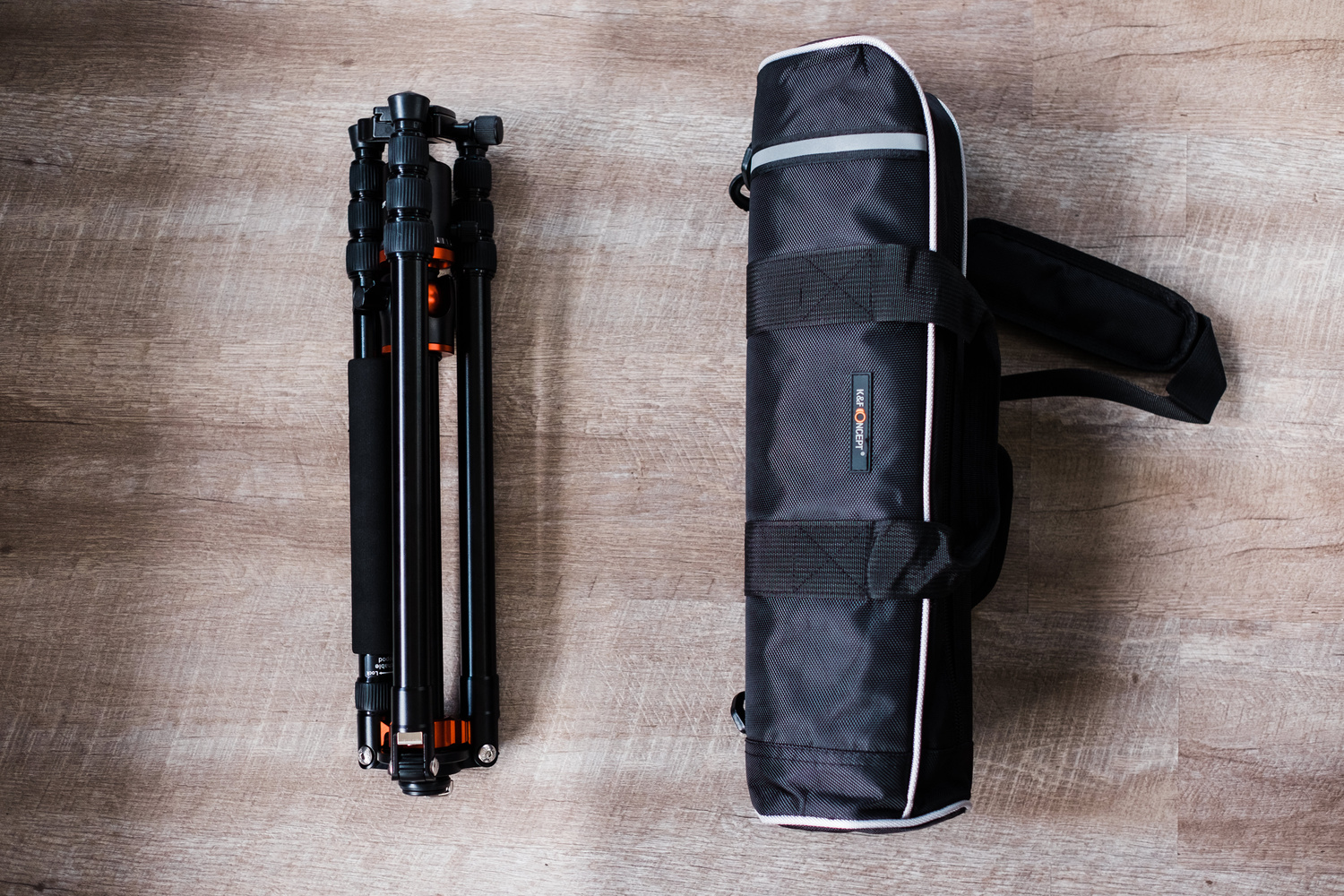 To deploy the tripod, you simply flip the legs down and the spring loaded locks will click into place. There are three notches on each leg for three different angles, and the thumb latches you press down to adjust them feel well-machined and sturdy. 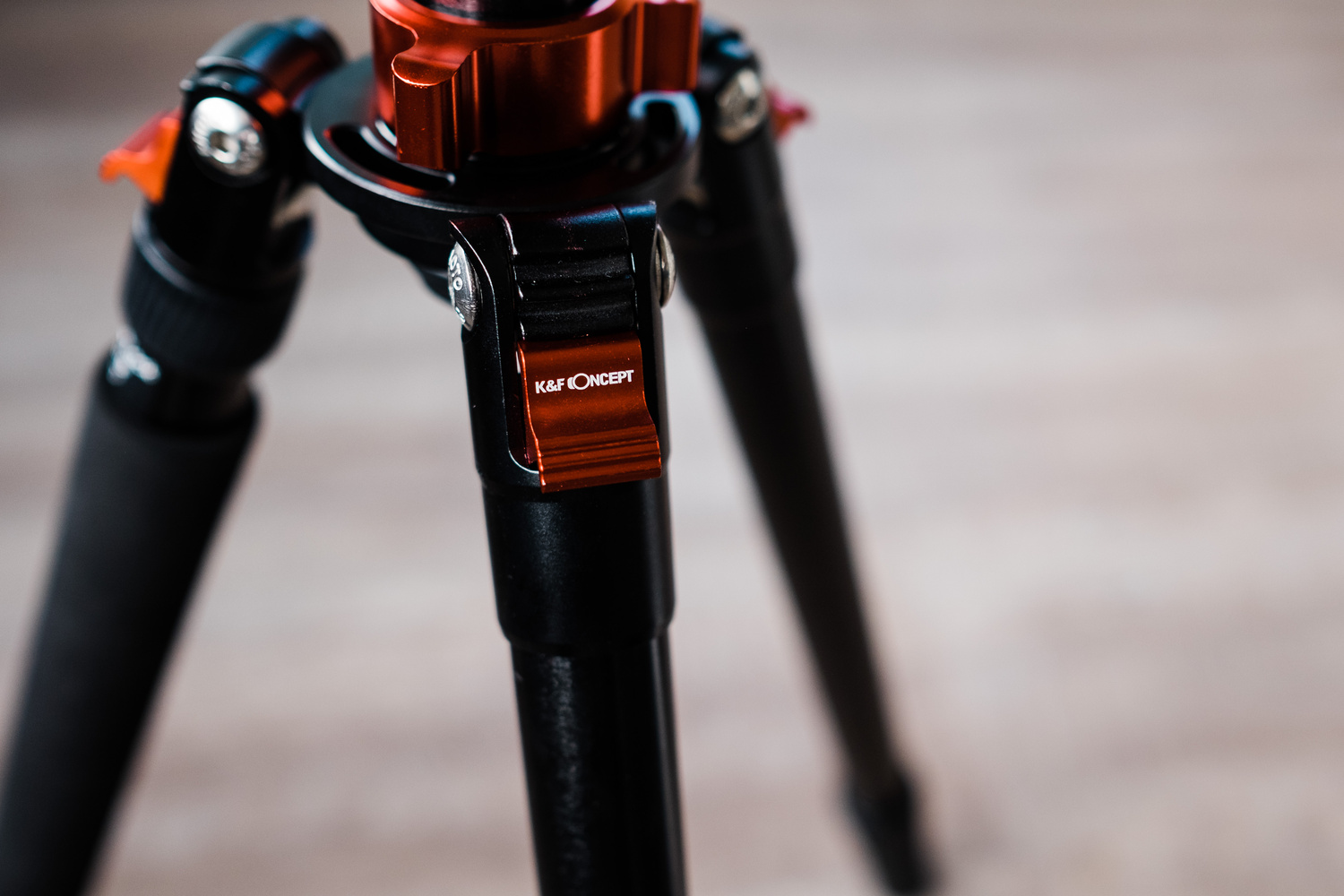 Once deployed, the center column can be adjusted up and down for added height by loosening and tightening the center lock. The lock feels very sturdy and I had no concerns about it being unable to support the weight of my camera. The legs extend very easily via the twist locks on each stick. The twist locks were the only part of the tripod I wasn’t crazy about, they’re plastic on a unit that is almost entirely metal and definitely felt cheap in comparison to the rest of the tripod. 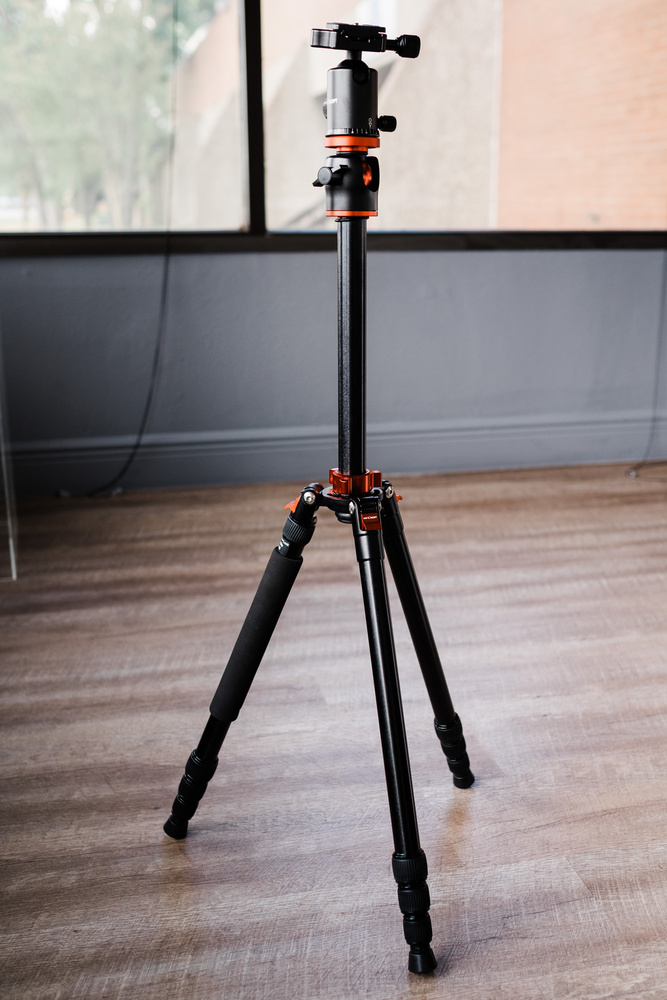 The K&F can also get extremely close to the ground for nice low-angle shots. You can also invert the center post and get your camera right down at ground level for maximum closeness. 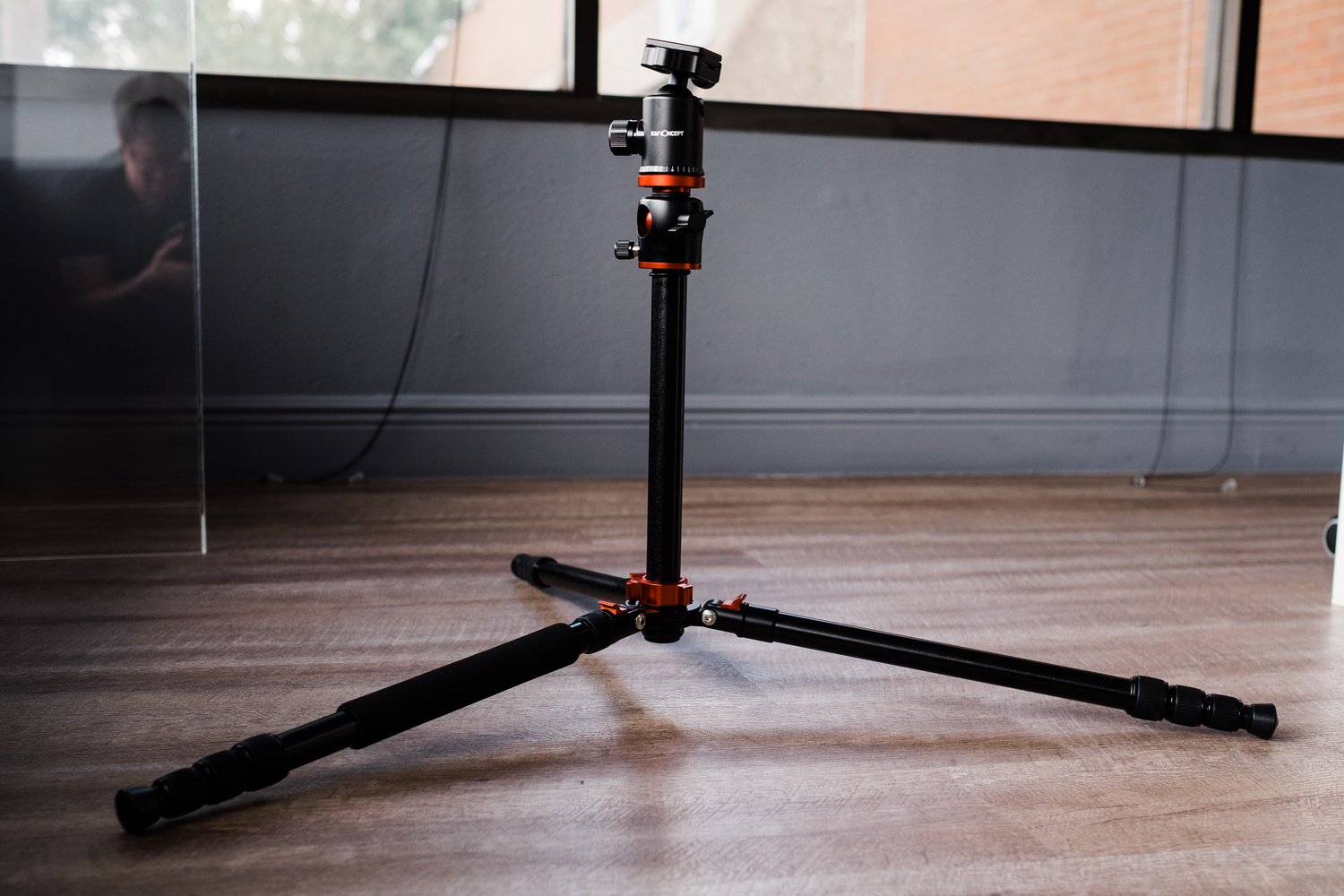 The tripod comes with a ball head that is quick and easy to use and locks into place securely. I don’t usually like the included head on tripods, but I thought this one worked rather well. The head includes a standard quick release plate and a bubble level. 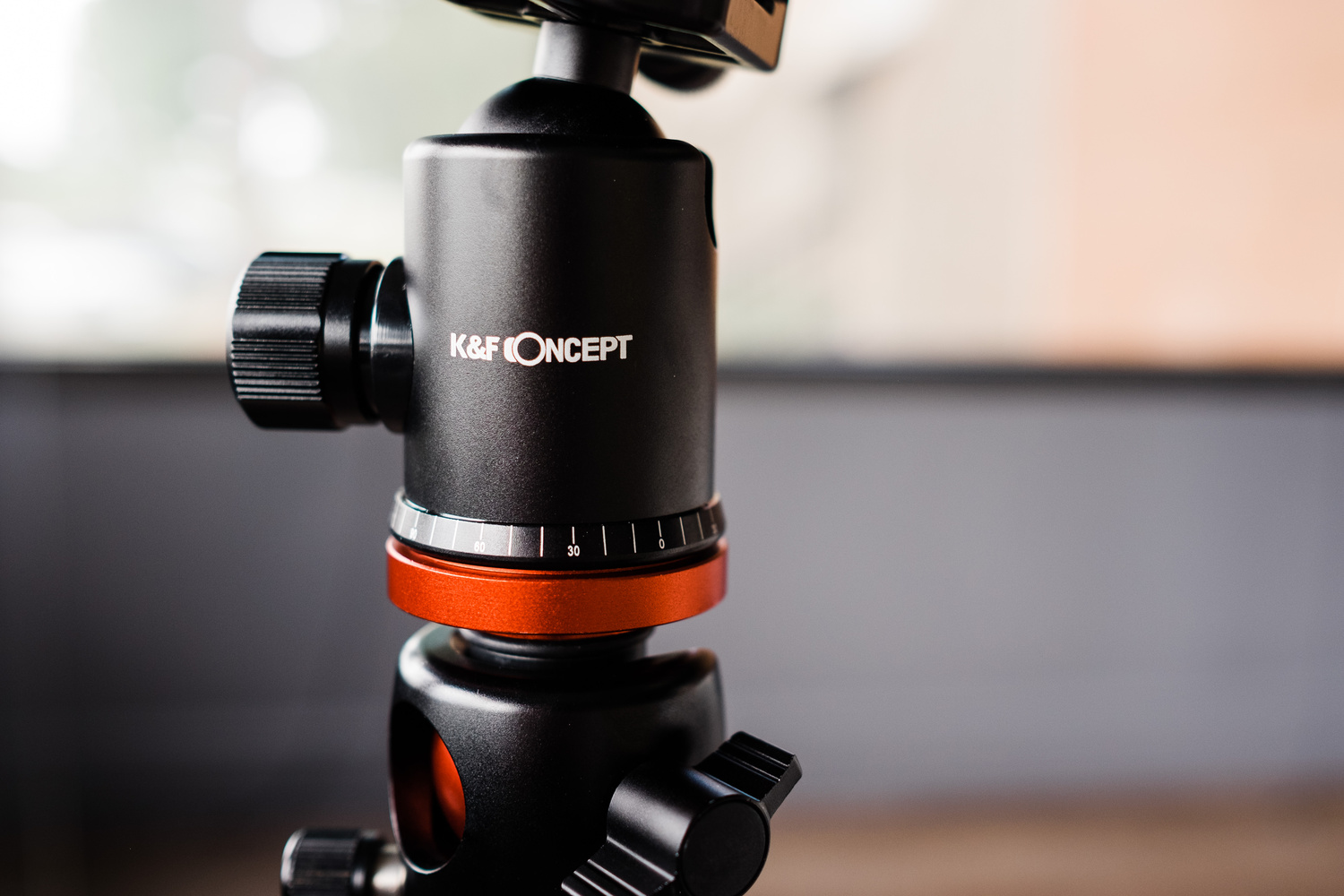 The K&F tripod has two distinct features that jumped out at me when I first read the description online, both of which I figured would turn out to be useless gimmicks. Surprisingly, only one ended up being a gimmick while the other was incredibly useful and cool. We’ll start with the gimmick, something that seems to be a bit of a standard on these third-party tripods. I’m speaking, of course, about the ability to detach the leg and make it into a monopod. 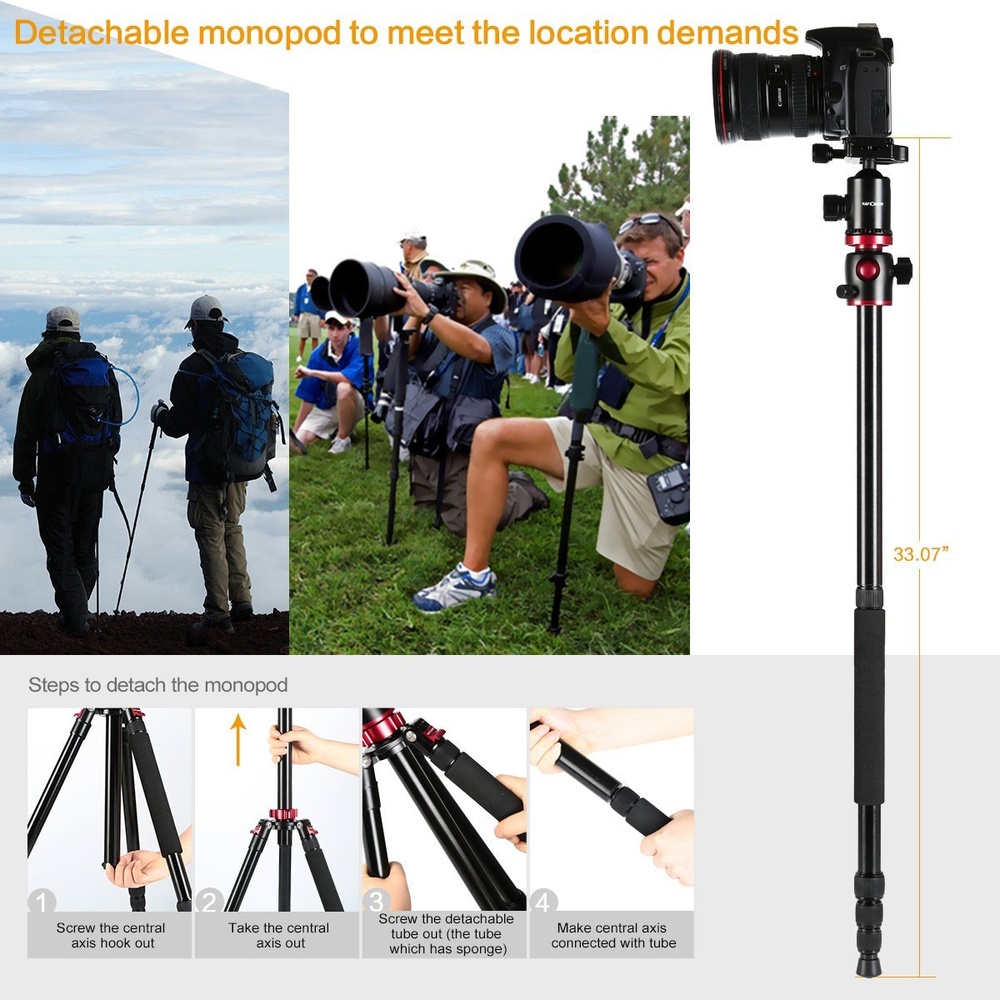 You’ll notice of course that the guys in the above image aren’t actually using the skinny tripod leg as a monopod, they’re using monopods. If I’m using my monopod it’s because I’m working with a minimum of a 300mm f/2.8 lens and need something to help support and ground that weight and, while I felt completely confident in the ability of this tripod to support my camera, I felt far less confident in the tripod-as-monopod’s ability to do the same. It could actually be cool as a walking stick for hiking, I didn’t try that, but don’t use this as a monopod, buy a real monopod. Also, a ball head is far from ideal for monopod usage, so don’t buy this thinking you’re getting some great 2-for-1 deal, buy this because you want a solid tripod at a good price.

With that out of the way, let’s talk about gimmick number two that, as it turns out, isn’t a gimmick at all, it really is a feature. This surprisingly cool and useful feature is the ability of the center column to turn at a 90-degree angle and boom your camera out to the side. 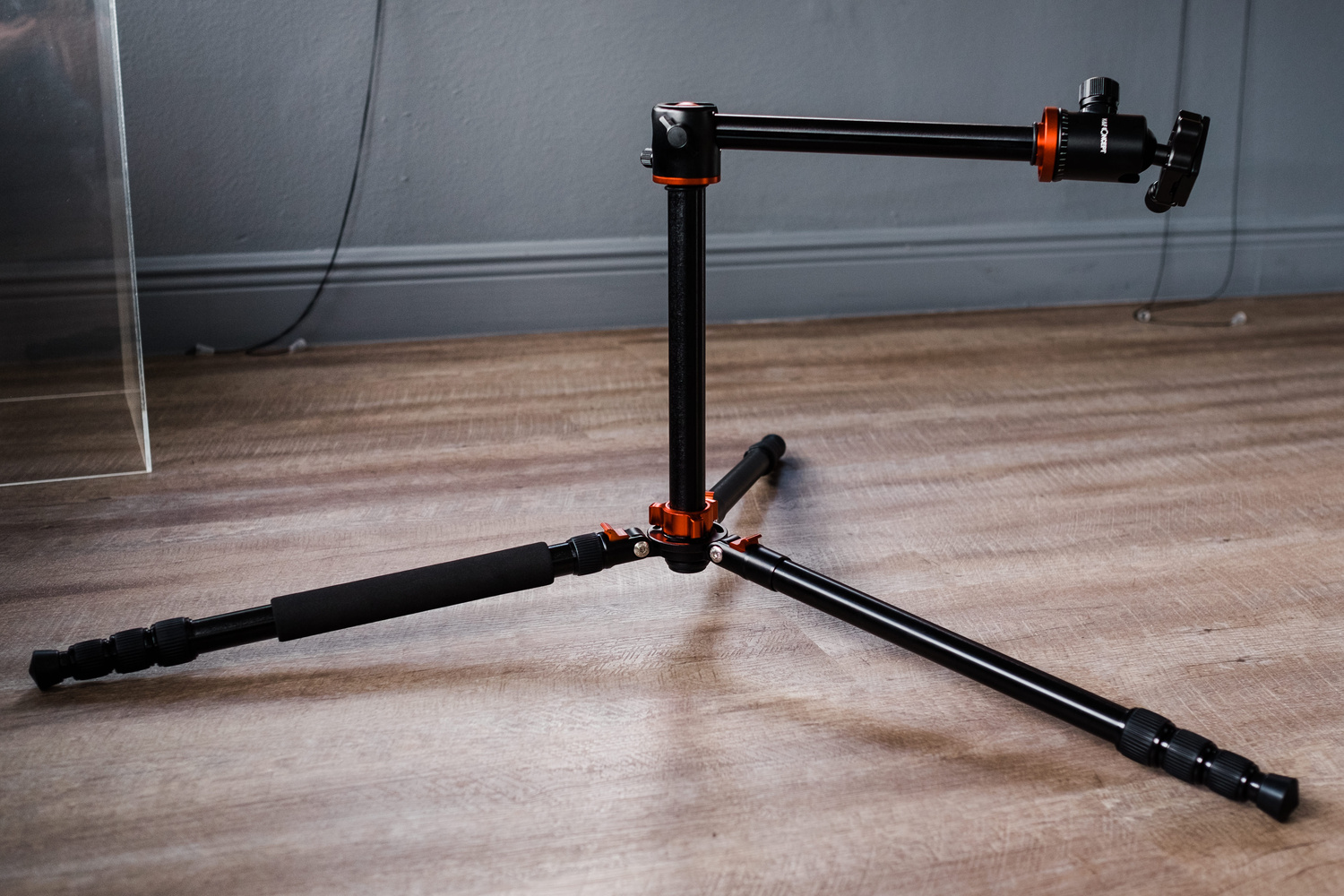 This feature was of great use to me as I was shooting some work inside a car for a client that produces car floor mat liners. I typically don’t like shooting them because working within the restrictions of the door frame and the seat and car floor can be very frustrating, but this time I had this handy-dandy K&F tripod so I decided to give the 90-degree column trick a whirl and it was perfect. 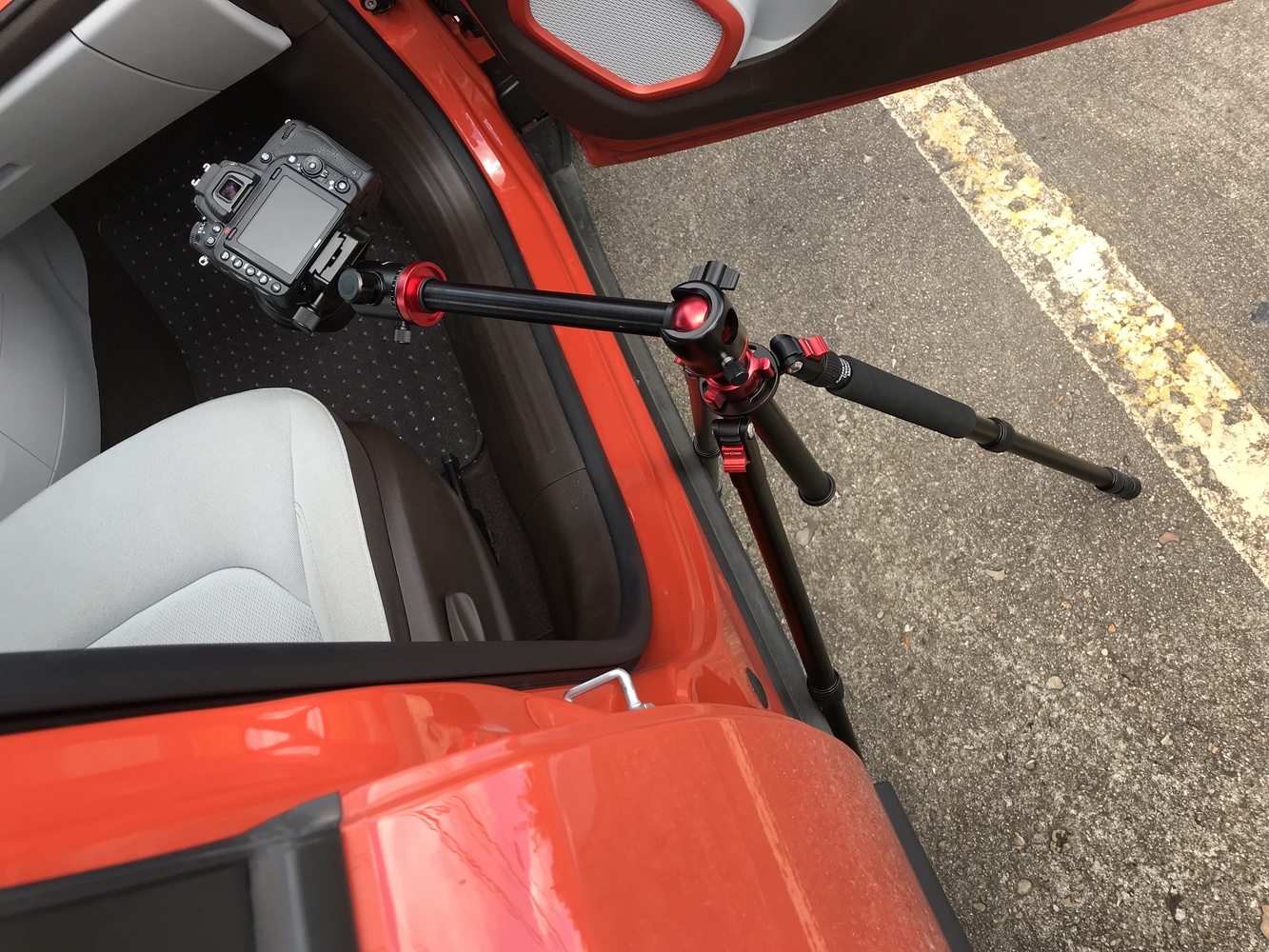 I think this might have ended up being my favorite thing about this tripod, it just worked so unexpectedly well.

All in all, I was pleasantly surprised by this tripod and feel very confident recommending it to anyone looking for a solid, portable tripod at a reasonable price. I like it enough that I have already given my aforementioned Manfrotto away to a friend. My Gitzo will stay with me until the day I die.

•Great value for the price.

What Could Be Improved
•Plastic twist-locks feel cheap.
•Get rid of pointless monopod “feature.”

Be the first to learn about our latest trends and get exclusive offers.